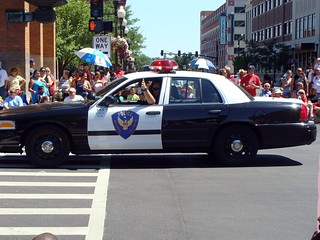 Most people, when thinking about their future career path, do not research how much stress their future career is likely to cause them. They may not look into what research shows are the most stressful jobs, and even if they do, if they want a career in public service, they are likely to choose it anyway. Some people have always dreamed of being a police officer, for example, and everyone knows it is a very high stress job. It’s actually the fourth most stressful job in 2018 according to research by careercast.com.

However, if that has always been your dream, then you will be prepared for the stress going into it, and are unlikely to shy away simply because it’s been shown to be a high stress career. In other words, who doesn’t know that being a firefighter or a police officer is a very stressful job? In this culture, they are both defined as being stressful careers, but you work in them for other reasons which are their own reward.

The same can be said of a military career, and this tops the list of most stressful jobs to have in 2018. Everyone knows, though, that enlisting in the military is not a walk in the park, and is likely to cause a great deal of stress and tension. Many people who enlist in the military are from families where many of their relatives are or were also in the military, and they want to join in this legacy. Helping to protect the freedoms of their fellow citizens is certainly a worthy goal, and for these people, it is worth the high level of stress that it produces.

Some career choices that are less obviously stressful are those of broadcasters and reporters. In this culture, there is certainly a romanticized view of the lives of those who are in these careers and who we see on television every day. But these jobs are some of the most high-stress, high-pressure jobs around. From having to speak in front of the camera, meeting short deadlines, and speaking at conferences and events, as well as interviewing other high-profile people, it should not be a surprise that these careers are at the top of the list. 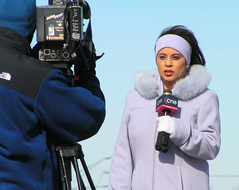 Other obvious choices for high-stress jobs are those of the senior corporate executive and the public relations executive. These are careers which are known as fast-paced, super high pressure, and very stressful. Public relations executives are usually at the receiving end of the bad press or bad actions of the company they represent, whose reputation they are being paid to protect. This can be a thankless job, as they are only as good as their last public relations success.

Senior corporate executives have even more challenging jobs than in times past, with board members demanding higher and higher profits, at any expense. Everything that is non-essential is shed, with the company’s image in peril from doing so. For example, contracting out workers can be a great way to save money on a company’s bottom line, if they are able to ensure that the workers they are contracting will do just as good of a job as their former employees were. Contracts and red tape often follow, with standards spelled out in great detail. There is, however, no way to absolutely ensure that a contracting company will not cut corners on pay rates (paying their workers less than minimum wage) or even workplace safety. This then reflects poorly on the image of the lead company, which reflects poorly on the corporate executive. Talk about a high stress position.

Event coordinators and taxi drivers round out this list, however, these would also be less obvious choices. But when you think about it, event coordinators are paid very well for their efforts, and their whole job is to make an event flow smoothly from beginning to end. There will always be issues with this, especially since life is full of little accidents and snafus, making this type of career one that is not for the faint of heart.

Taxi drivers as a stressful career would have been less surprising as a high stress job a few years ago, before the advent of Uber, Lyft, and the dozens of other “start-up” (read: companies formed with millions of dollars in “angel” investments to stomp out their competition), since most taxi drivers were paid very well, in cash, and were able to afford a home, car, and other luxuries. Yes, they had to work very hard to earn this, but it was possible to live the American dream. Not only is there an issue of safety, as there has always been, in driving a cab, there is also now the issue that you are not making nearly as much money, you are always on call and, in many states, are not paid for that time when you can’t do anything else but wait for a fare, and people no longer are so willing to give a tip since they don’t carry cash and many of the apps actively discourage gratuities.

It was the case, a number of years ago, that there was an awareness of the dangers of driving a cab. Cabbies were routinely being robbed at gunpoint, in New York City, at least, and most taxis were required to install partitions, rear-view mirror cameras, and other security measures. As of 2007, it was a legal requirement that almost all taxis have installed a bulletproof partition between the passenger and driver seats, or an approved camera to record the back seat passengers.

Now, however, this has been relegated to a personal choice issue, especially when it comes to medallion owners who drive their own cars, ride-sharing services, black car drivers, and others. These groups, and a few others, are given waivers for the camera, partition, and panic light installation. Drivers for ride-sharing services are essentially on their own, with no one monitoring their safety, and no panic button, panic light, or immediate access to the police through the app. Gun-point robberies currently occur across the country to ride-sharing drivers, and are reported on in many major newspapers. This is still an extremely dangerous occupation, and ride-sharing drivers may in fact be easier targets due to the lack of safety measures. Criminals are likely to know that if they rob them, they will not be caught on camera, and there are no bulletproof partitions in these ordinary consumer grade cars.

In addition, some of the drivers themselves are the problem as evidenced by many women accusing their drivers of sexual assault. In the recent past, these women have claimed they were unable to report these incidents to law enforcement due to the app’s requiring them to waive their right to prosecute wrongdoing of any kind, even sexual assault, except within arbitration, according to an article in the HuffPost.

The women in this article are not the only ones who are reporting that ride-sharing drivers routinely commit sexual assault and even rape. According to an article on CNN, there are more than 103 Uber drivers involved in various criminal and civil cases across the country in just the last four years, for sexual assault and rape. The vast majority of these cases stemmed from the company’s recent marketing campaign and partnership with Mothers Against Drunk Driving, which suggests that women who have gotten inebriated are safer taking an Uber ride home. As evidenced by this article, and by other similar articles, investigations, and the company’s own new policy on sexual assault, this may not actually be the case.

Now for the most important part of this article: how to reduce stress on the job. An article on healthline talks about sixteen ways to reduce stress. Not all of these techniques would even apply to people who have the types of jobs discussed in this article, however. I mean, while it would be a great idea for firefighters to practice yoga, how many of them actually do ( or would admit to it)? So, here are a few ideas that would apply to the populations of workers discussed herein.

The first, and perhaps easiest technique to combat stress is mindfulness. This is a practice that can be adopted by literally anyone, and that no one even needs to know or would know without your telling them that you are practicing. It is, essentially, a silent activity. It involves becoming attentive to your breath, connecting to your feelings and your physical body, and being aware of everything that is happening inside and outside of yourself. According to research in the Journal Of Applied Psychology (Benefits of Mindfulness At Work by Hulsheger et al, published online December 31, 2012), mindfulness is “ a state of consciousness in which individuals attend to ongoing events and experiences in a receptive and non-judgmental way.” While it is amazingly simple to practice, it has some astonishinhg effects on people who practice it.

Specific periods of mindfulness meditation, where you sit for a period of time practicing the techniques, in addition to practicing it as a way of life, have shown many specific benefits. According to the American Psychological Association , it can reduce rumination, which causes stress to increase, it reduces stress, increases focus, reduces emotional reactivity, increases cognitive flexibility, increases relationship satisfaction, and provides other benefits as well.

Another technique that can be used by people in the workplace fields above is socializing with family members and friends. When these types of socialization do not involve alcohol, they foster a sense of belonging and friendship, and can help to reduce the stress from work or other activities. People with a social life where they have meaningful relationships with others tend to have less stress and anxiety as a general rule, regardless of the job they have. Another way to reduce stress on the job is to practice deep breathing. Deep breathing stimulates the parasympathetic nervous system, which helps you to relax. Deep breathing also lowers the heart rate, which stimulates relaxation. When practiced on the job in a stressful situation, deep breathing also can help stimulate your cognitive response, so that the common stress reaction of “fuzzy thinking” does not take over, and you do not lose your mental focus due to the prefrontal cortex being suppressed by the amygdala’s taking over in the classic fight or flight response.

Finally, you can convince your boss to bring in a chair massage therapist to your workplace, for brief sessions of chair massage. The benefits of workplace massage extend far beyond just the time of the session, and regular sessions can help improve employees’ response to stress on a regular basis. While this is not possible at all places of work, it can be great for most of the workers on this list, such as police officers, firefighters, corporate executives, broadcasters, and others. Chair massage can improve employee morale, and keep workers on the job for longer, with less sick time as a result. There are many other benefits as well.

Everyone known that workplace stress is a problem, and can lead to people leaving jobs before they should, as well as increased rates of heart attack, stroke, high blood pressure, and other health conditions. Finding ways to reduce stress may be the most important thing you do in your work life, and implementing the suggestions presented here may be just the thing you need to make your job bearable and even fun again.